George Clooney is officially off the world’s most eligible bachelor list.

Ladies, get out your handkerchiefs. Or tissues. Just don’t eat them. Some women are eating tissues – and cotton balls dipped in orange juice – to stay skinny.

And some men are demanding a “skinny” clause in their prenups.

Who knows what George put in his prenup.  Compulsory red carpet for Oceans 111?

The deal was evidently sealed with fiancé Amal Alamuddin after some grueling bickering around his $220 million piggy bank.

“Given his shaky track record with women over the years, including a difficult divorce from his first wife and the brief longevity of most Hollywood marriages in general, I think he needs to make sure he has a prenuptial agreement that’s ironclad,” divorce attorney Raoul L. Felder said. “He has a lot to worry about and a lot to lose if he doesn’t proceed with the utmost care and caution. The fact that (his fiancee) is a lawyer is strike one against him.”

Prenuptial arrangements are today’s wedding register in reverse. List your wishes. Black and white. Ground rules. No room for any misunderstanding s that could threaten the loved-up ones’ marital bliss.

Romance is alive and well.

Extreme prenups with lifestyle clauses are on the rise – and not just with the well heeled and famous.

The bloke down the road is getting in on the act. And his betrothed is adding her own edicts.

Here are some of the demands lawyers have been dealing with:

No piano playing while he’s home.

No cutting your hair.

Get an abortion if pregnant.

No television in the house.

No mother-in-law on vacations.

No watching more than one football game on Sunday during football season.

Penalties for every ugly pound gained.

Compulsory check-ins at health (fat) farms once a year.

Four home-cooked meals a week or lose your shopping allowance.

No looking at another man or talking to anyone you went to high school or college with.

Pay up every time we have sex.

Marcy Kaplan-Gold, wife of Hollywood producer Eric Gold, was so freaked out by her 2001 wedding and prenup nightmare she made a cathartic film.

In “The Pre-nup” she recounts opening the door eight weeks after their engagement to see the FedEx guy standing there. He wasn’t carrying roses. It was a 102-page document.

“I was literally planning my wedding and planning my divorce at the same time, going from bridesmaid dress fittings to lawyer meetings.”

“After all these years,” she says, “Eric softened, and apologized.”

But did he rip up the prenup?

Excuse me while I put on my lime green caftan – the only thing I can still fit into (and looks so cute with my fade) – and call my ex’s hotel to confirm mom’s booking in the adjoining room to ours. The school reunion this year is gonna be a blast. Better not forget to pack the LSD and speed. And the piano! 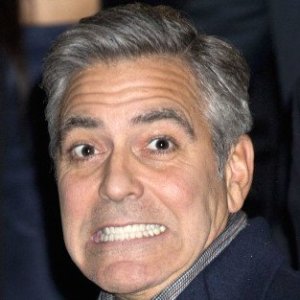